Prices starting from 90 Euro per person.

We arrange Cooking Lessons in Tuscany for those who wish to learn everything about Italian cooking.
The lessons will take place directly at your holiday villa in Tuscany by a qualified chef.
A very good way to spend a different day, cooking and finally tasting your dishes combined with a good glass of wine.
The courses will always be private and all the participants will take an active part in the preparation of the dishes, which will then be consumed as their meal.
The traditional Italian cooking is based on the quality of the ingredients which are usually cultivated in our countryside cooked in a simple yet refined way.
Many dishes, especially in the Tuscan cooking, are simple and light, particular attention is made to the genuineness, which consists of limited use of butter and cream, this is because Italy and Umbria and Tuscany in particular are very good producers of extra virgin olive oil.
The chef, will normally arrive on site in the afternoon. He will present the dishes that will be prepared during the lessons, the participants will be subdivided for the preparation of the same (which will be decided beforehand to avoid allergies and to respect personal tastes). We also consider the combination of the most suitable wines to each dish.
The main course is normally the preparation of fresh hand-made pasta, but the whole meal will start with the antipasti to finish with the dessert and even tasting a good glass of wine as a starter.
The Menu of the Cooking lessons can be chosen from the examples sent at the moment of your reservation. 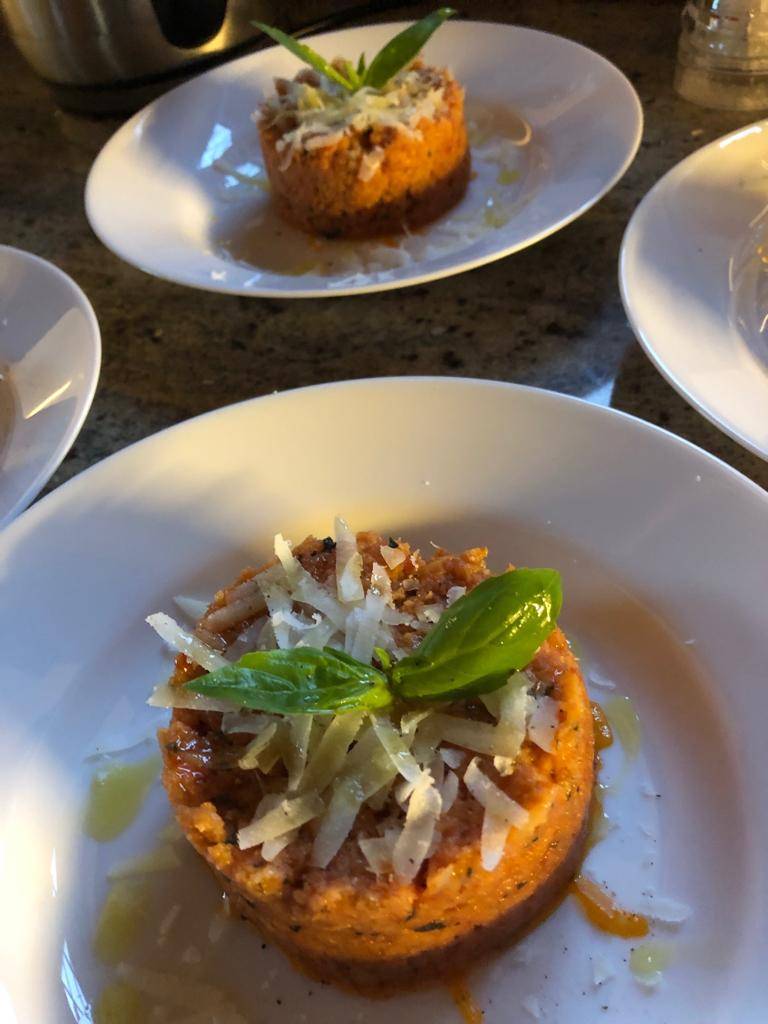 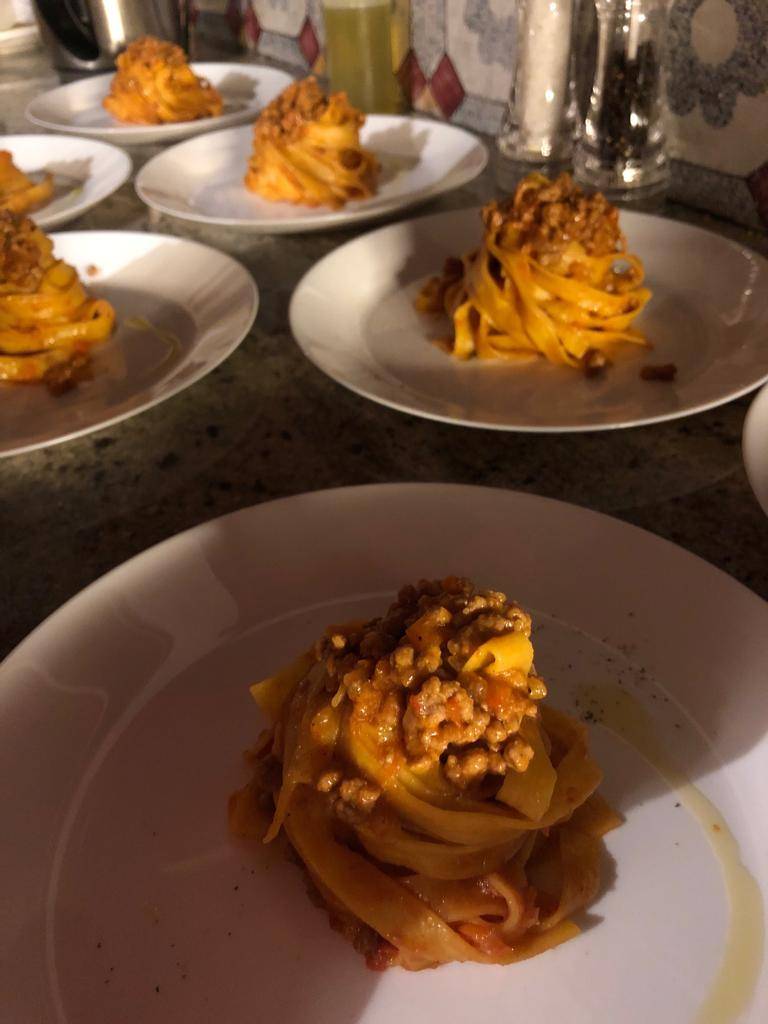 The course starts with a brief theory explanation of the main principles of Italian cooking and continues with the preparation of traditional dishes, for example the homemade pasta and sauces, meat, contour and desserts concluding with your prepared dishes. The choice of the menu's to be prepared could change depending on the fresh ingredients available during the rental season.

You can chose either one or more lessons during your stay, normally in the afternoon (on request is possible to arrange lessons also in the morning): for approx. 3-4 hours per lesson followed by dinner.

Till 15 days before: free cancellation.

If you want to try Tuscan cuisine and more, we also organize other types of culinary experiences, such as:

- Personalized dinners with chef at home

Here the story of Tiramisù

Tiramisu is the fifth word of Italian cuisine best known abroad, the first for desserts. Etymology of the word Tiramisù: lift me up, strengthen my body. It derives from the Treviso dialect “Tireme su”, Italianized in Tiramisù in the last decades of the last century.

We know that Tiramisù was born in Treviso in the second half of the nineteenth century. The first testimonies of this dessert lead us to the Treviso peasant tradition: Sbatudin. Egg yolk beaten with sugar until it becomes a frothy cream.

As early as the nineteenth century in the province of Treviso, this primordial cream, the basis of Tiramisu, was prepared. Each family personalized the cream with the addition of other ingredients following the tastes of the people and the territory: coffee, white wine, liqueur, biscuits, butter, ricotta, cream, cocoa, etc ...

A local verbal tradition has handed down to us that our dessert would have been created by a brilliant "maitresse" of a pleasure house located in the historic center of Treviso.

The "Siora" owner of the restaurant would have created this sweet aphrodisiac and invigorating to offer it to her customers at the end of the evenings in order to reinvigorate them and solve the problems related to marital duties at the time of their return to the family.

It is said that in the restaurant, when the men came down the stairs a little tried, a charming maitresse prepared this dessert and admonished them in this way: “ desso ve tiro su mi “Hence the origin of the name.

In Piazzetta Ancilotto in the center of Treviso, an old inn of the time, the current restaurant Le Beccherie, has adopted this dessert in its menu for customers. A unique sweet tiramisu also for its origins: a "reverse path" from houses to inns, restaurants, pastry shops. 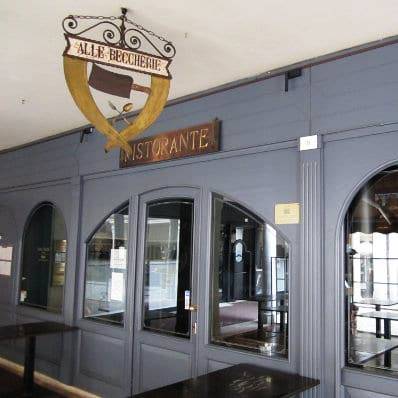 Supporting this legendary story is the composition of the ingredients of Tiramisu, all nutritious and high in calories: eggs, sugar, ladyfingers, mascarpone, coffee and cocoa. Even the recipe and its simple preparation confirm this thesis, you don't have to be a star chef to prepare this dessert; anyone is able to do it and without special tools.

Over the centuries, a veil of prudery and popular shame has hidden the true origin of Tiramisu. In fact, it is not mentioned in the books until the fall of conformism linked to historical respectability occurred in the second half of the 1900s.

Testimony of the presence of this dessert, in past centuries, on the tables set in our house are the grandmothers and great-grandmothers over eighty. These ladies tell us that they prepared this dessert with art and passion for family and friends, well before the 1950s. Before the spread of electricity and the first refrigerators, this dessert, not long-life, was consumed and known only in the province of Treviso. and surrounding areas.

Today's Tiramisu is an evolution of the local tradition of Treviso, it is also a dessert for children, which is why the traditional recipe does not contain liqueur.

The Treviso writer Giovanni Comisso (1895-1969) was the man of letters and also the most informed witness on the Tiramisu recipe. The poet Comisso wrote in his memoirs and told his closest friends that his grandmother, descendant of Count Odoardo Tiretta, was a devotee of Tiramisù, or rather of Tirame-sigh-sù, as she called this dessert and often ate usually as a winter dinner. From these historical memories it is clear that this dessert and recipe were known in Treviso as early as the 1800s.

The history and evolution of this dessert teaches us to ennoble poor foods.

As often happened in the Legends, there are several points of truth: Tiramisù was born in Treviso, Italy.

Source News by Tiziano Taffarello founder of the Tiramisu Academy. 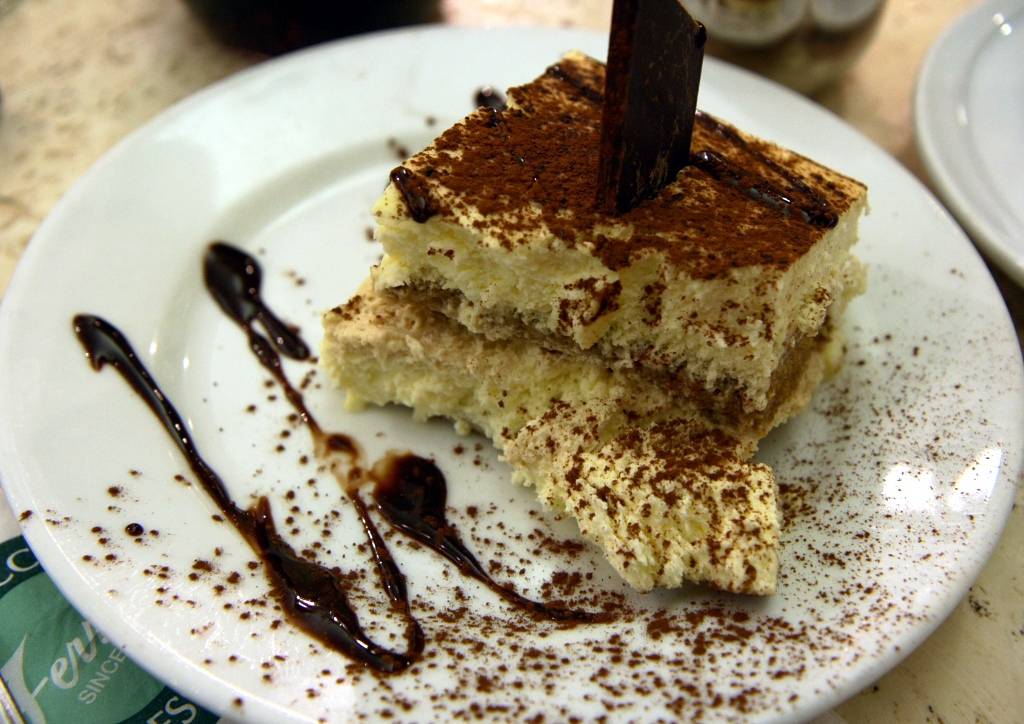