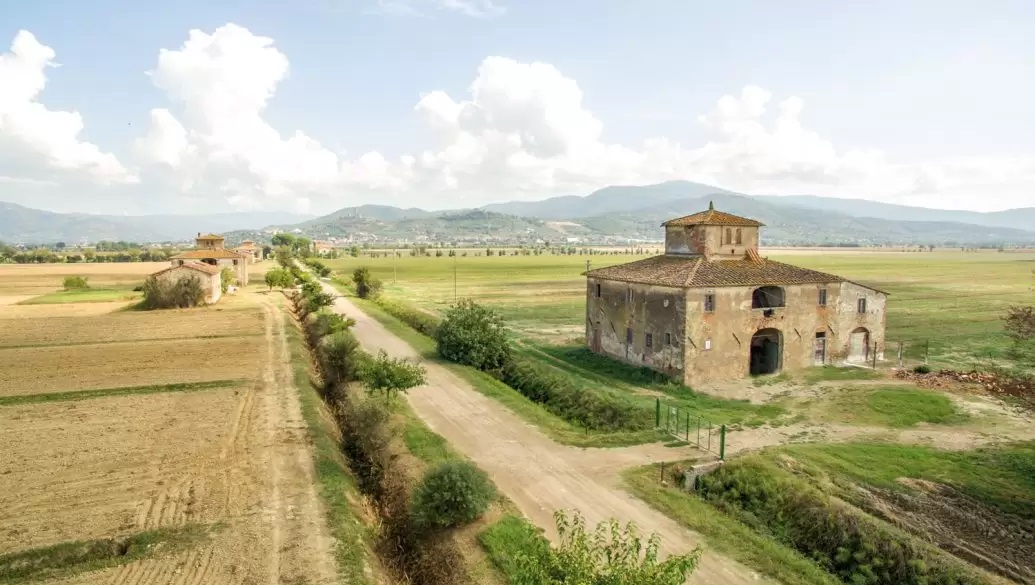 THE RURAL HOUSES OF VALDICHIANA

The phenomenon of the old houses strewn through the plain of the Valdichiana or along the hill promontories is something which always attracts the attention of the visitors. Some are now used as country dwellings; others have been restructured to give hospitality to farm holidays facilities and not only; still others are, instead, on a state of abandon, and probably those are the ones which attract and capture the most the tourists imagination.

The rural houses are not molded in the same way, every Century has brought its own contribution to the way of cultivating the fields and living in the country, so much so that it is not difficult to trace the origin of the rural settlement from the physiognomy of the built structures. The extension of the valley, which is always growing thanks to the results of the reclamation interventions, necessitated a continuous increase in farms in order to intensify the crop commitment and to maintain the healthiness of the territory.

Thus, asymmetrical constructions with several blocks, crowded together in a temporal succession, usually testify to a more remote settlement, while from the 16th and 17th centuries in the Valdichiana a taste that had nothing to do with spontaneous and circumstantial architecture became widespread. From the rural buildings commissioned by Grand Duke Cosimo I and carried out to the design by Bernardo Buontalenti, the building volume measurement assumed the typical physiognomy given it by the horizontal nature of the body of the house and the vertical nature of the columbarium tower.

The real and proper houses of the reclamation were born with the main façade exposed to the south, while the opposite façade was almost always realized without openings, as protection against the cold winds. The use of architects for rural houses was to be imposed definitively only from the 18th century on, when Grand Duke Leopoldo made a consistent increase in the quantity of farms and farmhouses in the valley, not by chance at present studded with “Leopoldines”.

The intervention of the men forced the environment and determined the way of life of a community, which has made up as a model of the reclamation history. The “Leopoldines” large and solid, with the typical entrance hall or porch, with the graceful covered loggias, dominated by the columbarium tower, spacious kitchens and big fireplaces, wood-burning ovens where every family baked bread weekly. Those, sometimes gigantic, rural houses narrate of a hard life, made of sweat and work, but dignified, above all a peaceful life for the many members of those patriarchal families, sometimes made up of 30 or 40 people living under the same roof. And unique were also the machineries going from one farm to another and, with them, the peasants, because for the most demanding productions, such as the grape, harvesting, threshing, and so on, existed an opera exchange system: you worked together on a farm, and then switch to another. Among some of these large families, they say the eldest, no longer existed sometimes even family ties, yet they were bound by ties of respect and united by perfect agreement.