Castel Focognano is located on the eastern side of Pratomagno, at the southern end of the Casentino Valley. The origins date back to the Etruscan period and it is shown by the discovery in Pieve a Socana, behind the apse of the Romanesque church, of a great altar dating from the 5th century, together with the remains of the entrance steps of an ancient temple, fragments ceramic, and stone blocks bearing Etruscan engravings. Socana probably represented the confluence of major roads that connected the Valdarno and the Casentino to the regions of northern Italy.
There is evidence also of the Roman period, when people were forced from the barbarian invasions to leave the valley and seek refuge in mountainous areas, easier to defend. Since the end of the Middle Ages, failed the needs of defense, the village of Rassina had acquired an increasingly greater autonomy and the position of the country, at the confluence of the Arno and the river of the same name (Rassina), had favored the development. Rassina become in later centuries, one of the major centers of the area within the manufacturing activities, such as production of woolen cloth, weaving flax and hemp, silk processing. At the end of the nineteenth century the country had already taken on the appearance of small craft and industrial center that still retains.
Below our selection of farmholidays, villas and apartments close to Castel Focognano: 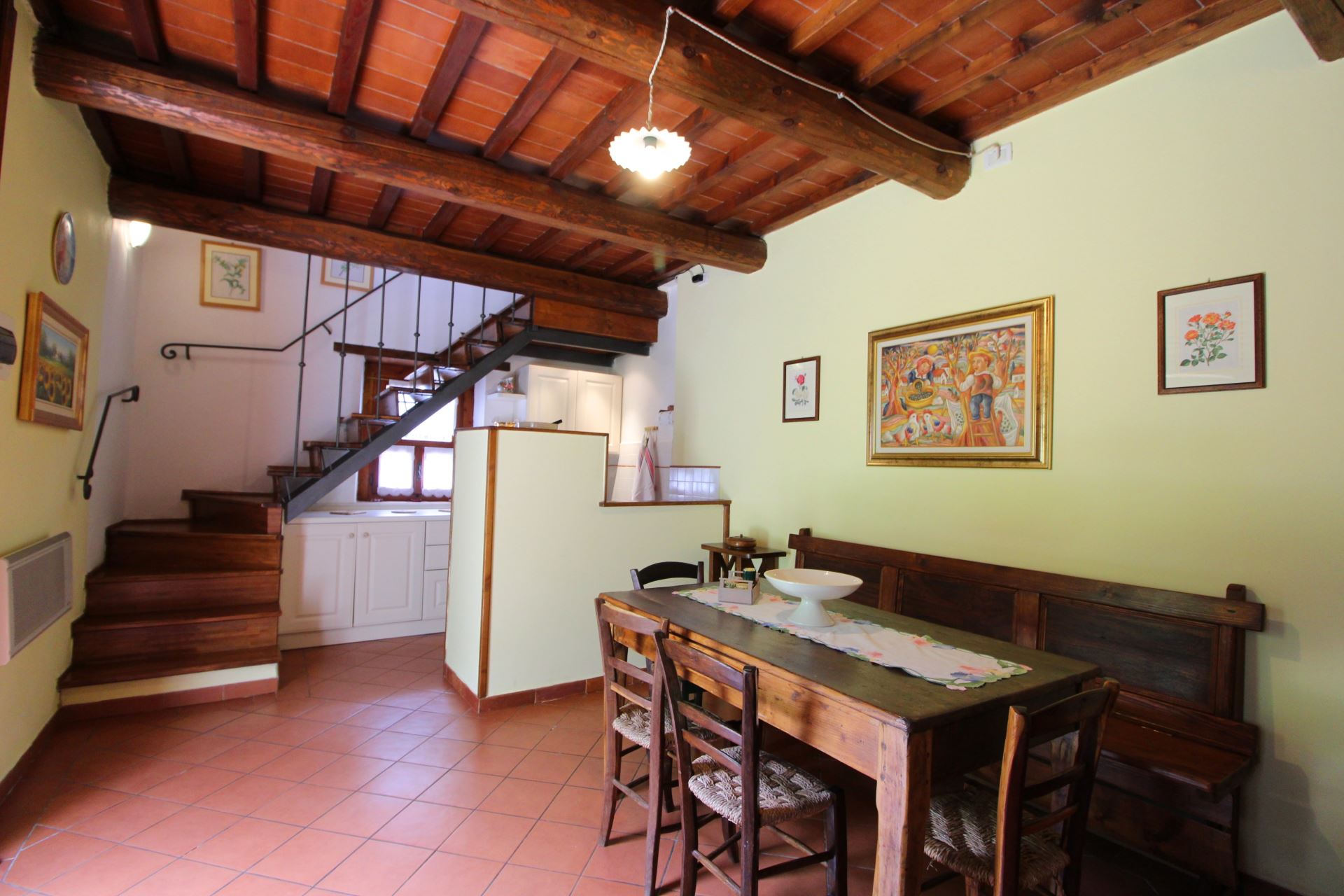 Portion of an old stone country house, well-kept and well-equipped garden and private swimming pool. Situated a few km from the village of Castel Focognano, in the green valley of Casentino. Perfect for romantic holidays and honeymoons.