The territory of Gambassi, by the discovery of numerous historical exhibits, is inhabited since at least the Neolithic period, although the period of greatest local population registers from Etruscan archaic (7th c. BC) until the late Roman period (3rd century a.d.). Between the middle ages and the modern era the area was famous for the art of glass. Archaeological finds of this important craft are now collected in the Civic Palace and seat of the archaeological group. The first written attestation of the Castello di Gambassi dates back to 1037. Monuments and places of interest are the Church of Santa Maria Assunta, whose Romanesque building dates back to the late 12th century, the Abbey of San Pietro Cerreto and Pieve di San Frediano in Montignoso.
Here following our selection of Holiday Homes with pool and Holiday apartments for rent in Tuscany nearby Gambassi Terme: 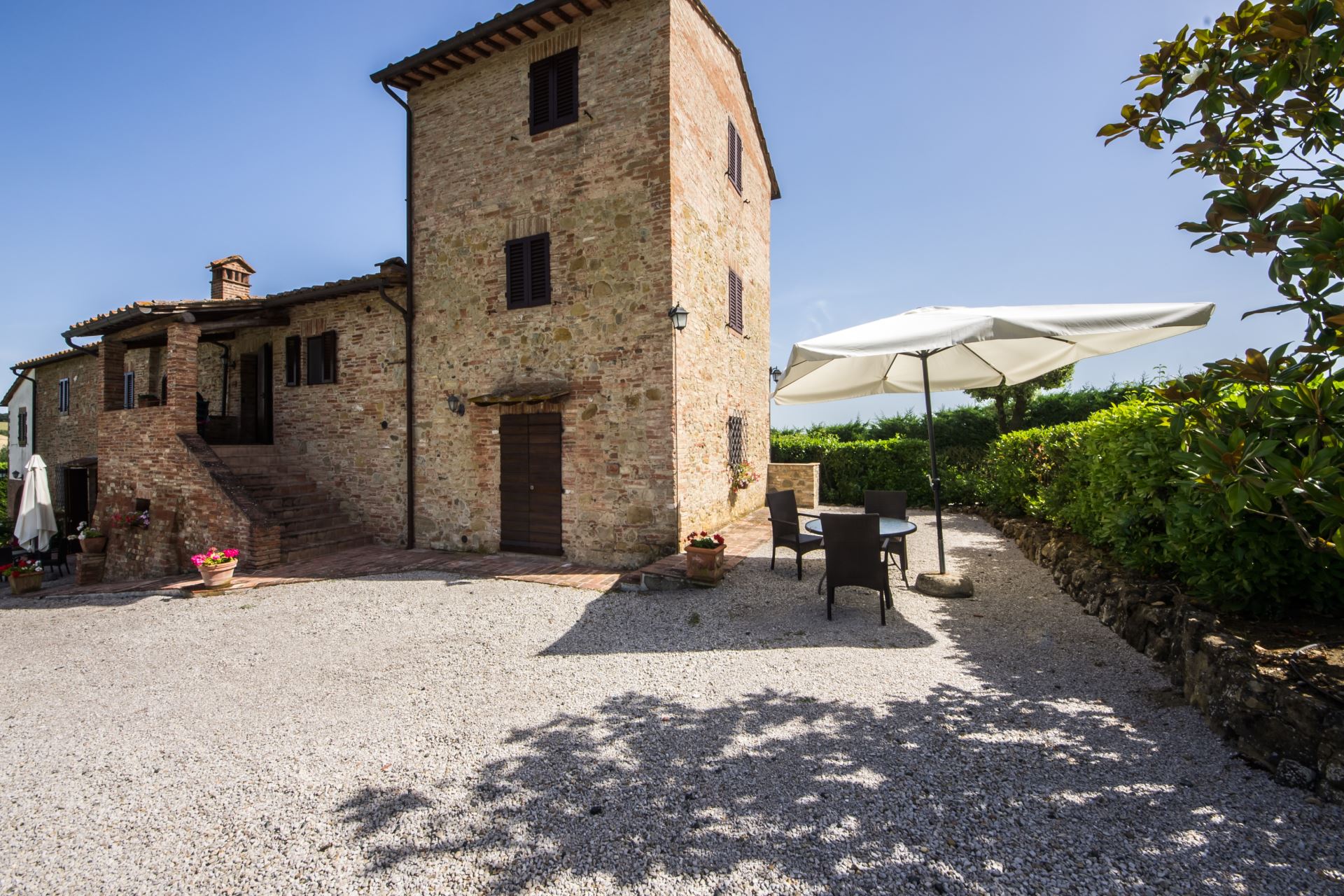 Apartment in a charming farmhouse in the Chianti region, located in the tower and on 3 levels. The famous village of Certaldo is 4 km away. Wide equipment available. Shared panoramic swimming pool. 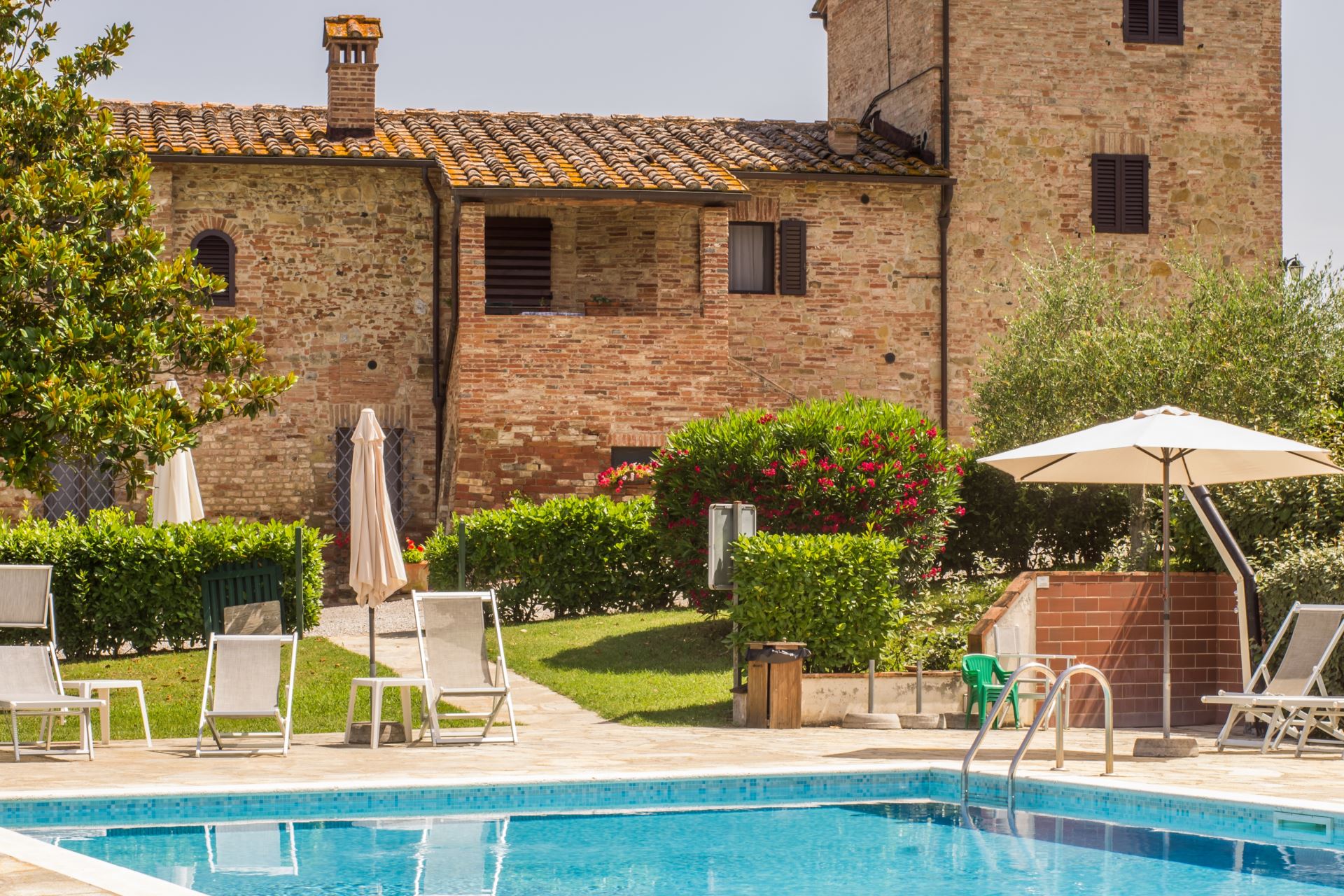 First floor apartment in a farmhouse situated in the famous Chianti region. The village of Certaldo is only 4 km away. Large equipment, panoramic swimming pool. 50 km from Florence and 45 km from Siena. 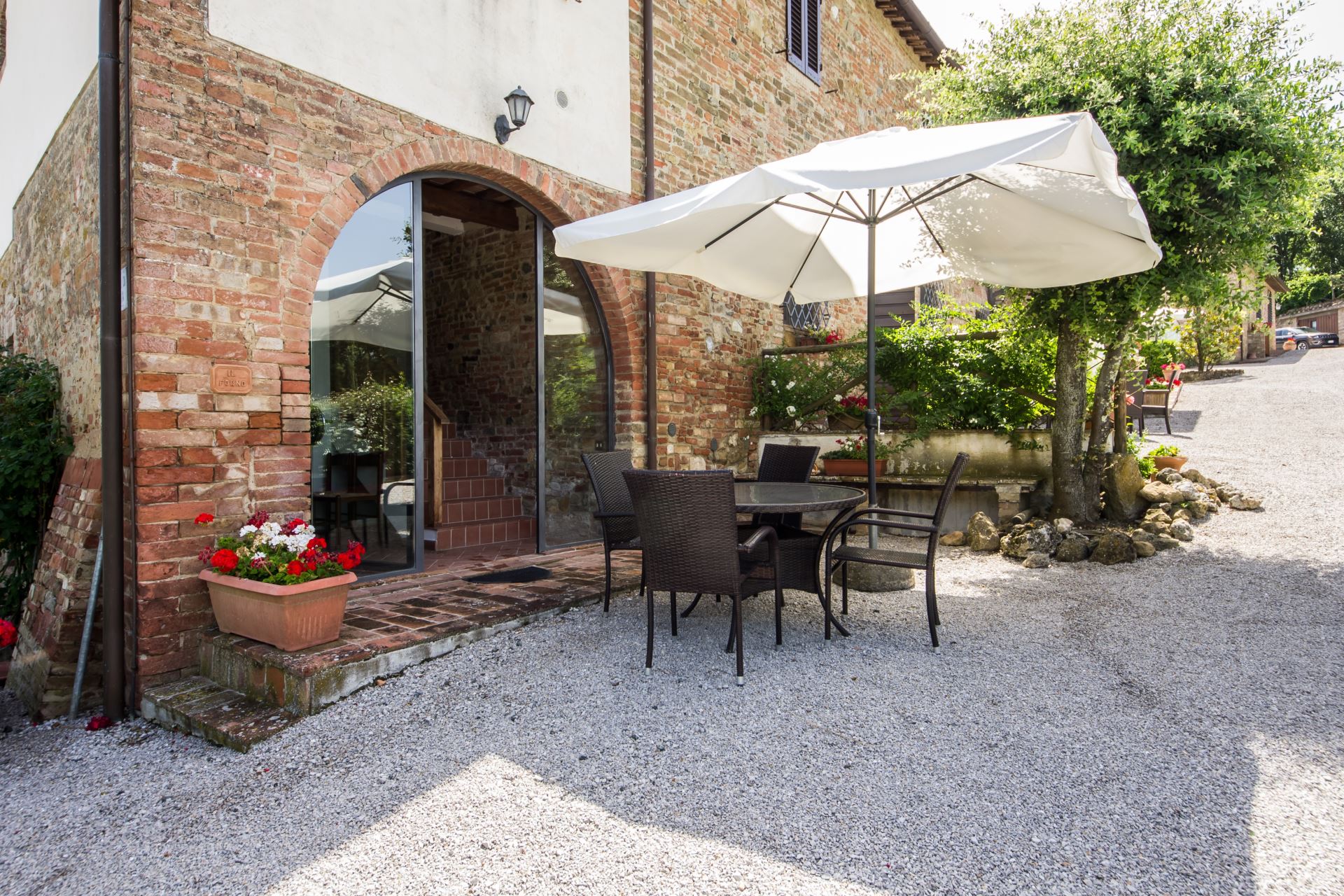 First floor apartment in an old stone farmhouse in the Chianti region. Certaldo is around 4 km away. Free Wi-Fi access, air conditioning. Beautiful and large swimming pool with views over vineyards and olive groves. 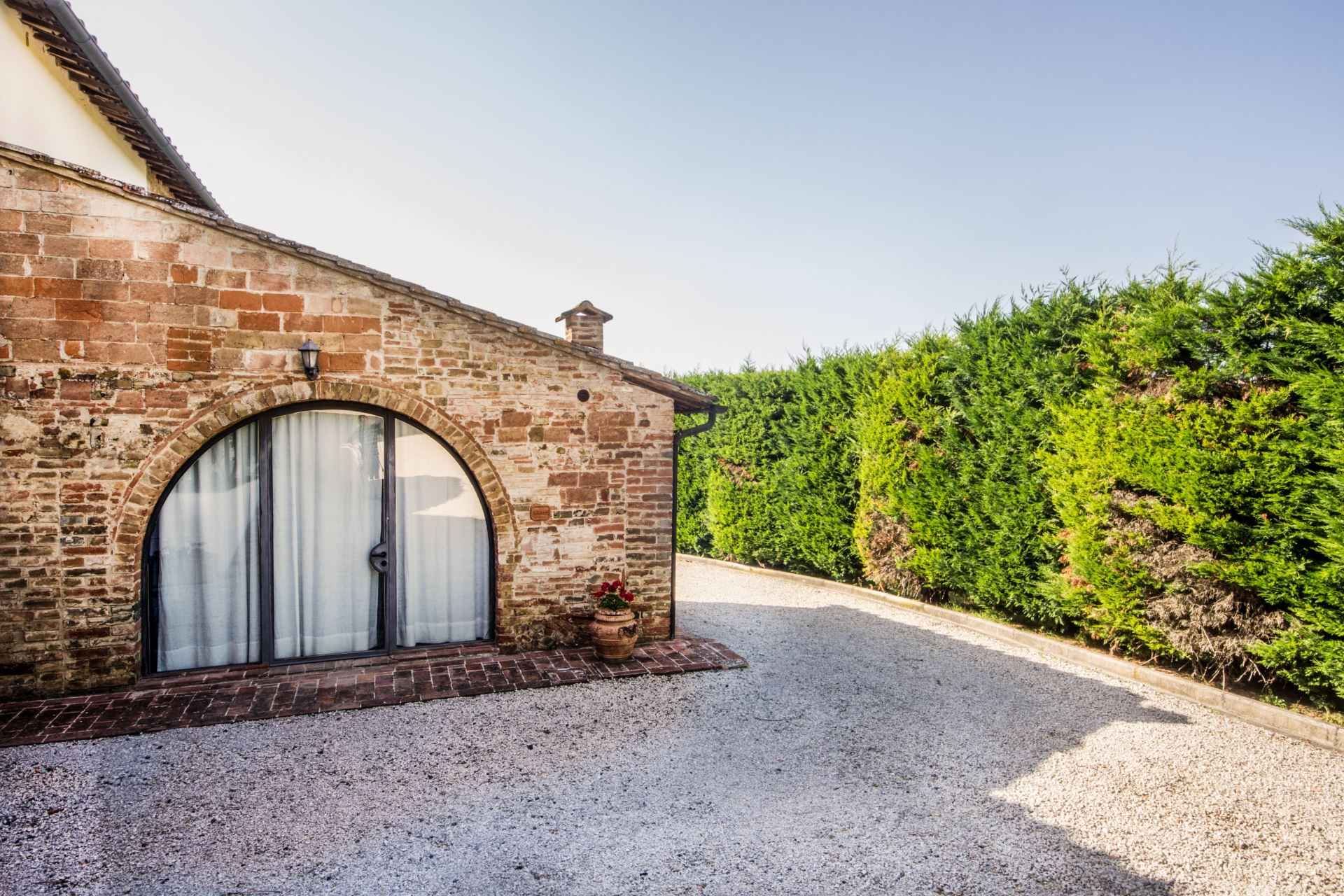 Ground floor apartment in an old stone farmhouse in Chianti area. The village of Certaldo is 4 km away. Large outdoor areas with views over vineyards and olive groves. Panoramic swimming pool in common use. 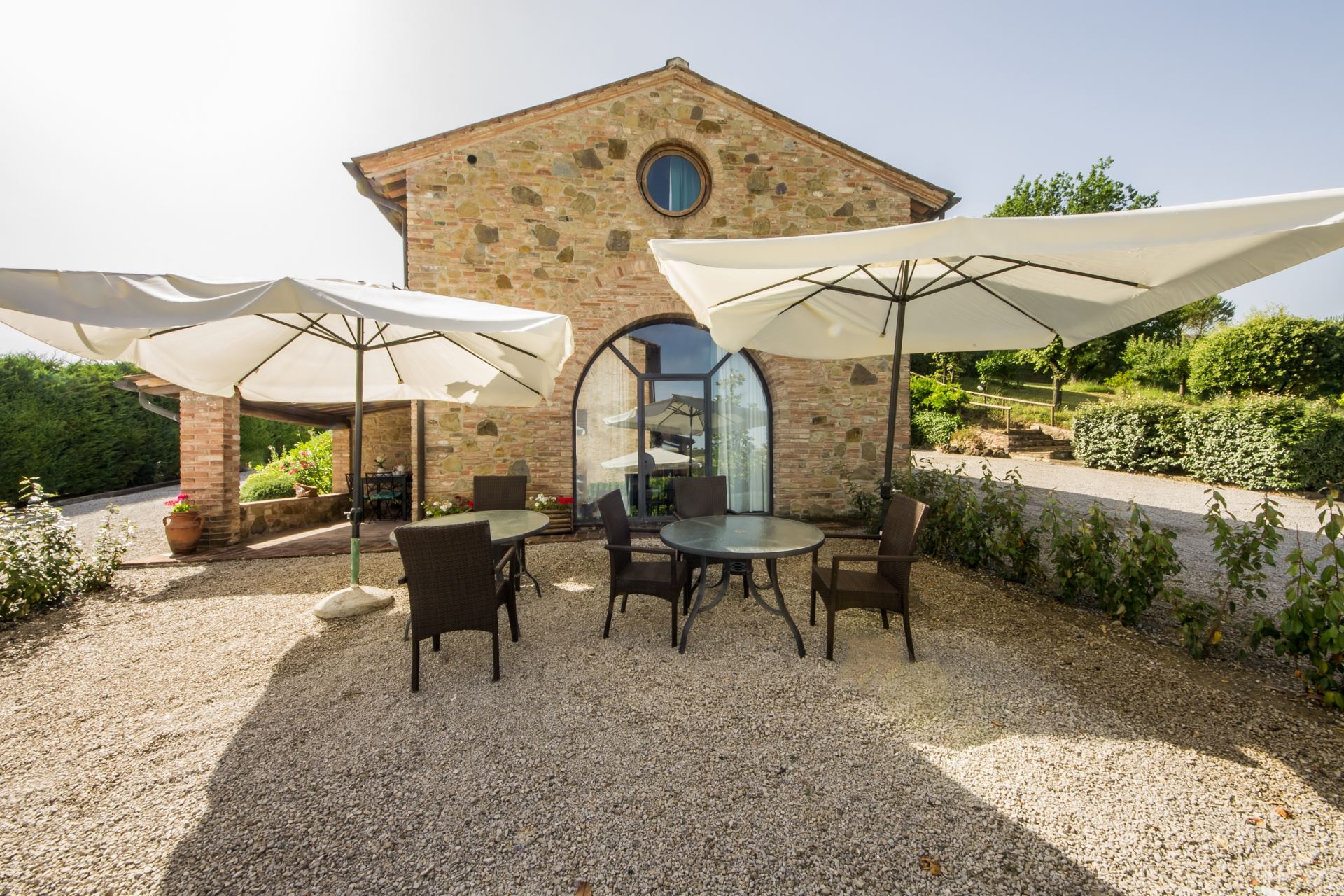