Trequanda, with its castle rugged, stone tower, is set on a hill between the Valdichiana and the valley of the Asso, among woods and fields which alternates with vineyards, olive trees and arable. With certainty the first settlements in the area were the Etruscans as shown by archaeological finds and names of places (Cennano, Sicille, Malcensis, Asso). Because of its dominant position Trequanda suffered the continuous interference of the Republic of Siena in its matters, until in 1255 the village imposed its jurisdiction.
At the time of the war between Florence and Arezzo, the castle was the refuge of the Ghibellines and in 1309 became part of the City of Siena until the siege and invasion of the Austro Hispanic mercenaries who, hired by the Medici, occupied the lands that were admitted to the Granducato di Toscana.
The village is surrounded by walls with five bastions and the tower of the castle (12th Century) stands on the main square. The parish church of SS. Pietro and Andrea, instead, was built starting in 1327 with Latin cross. Monuments worth a visit are the oratory dedicated to Santa Maria della Neve, with a fresco of the Sienese school of 1400 depicting a Madonna with Child.
Below our selection of farmholidays, villas and apartments close to Trequanda: 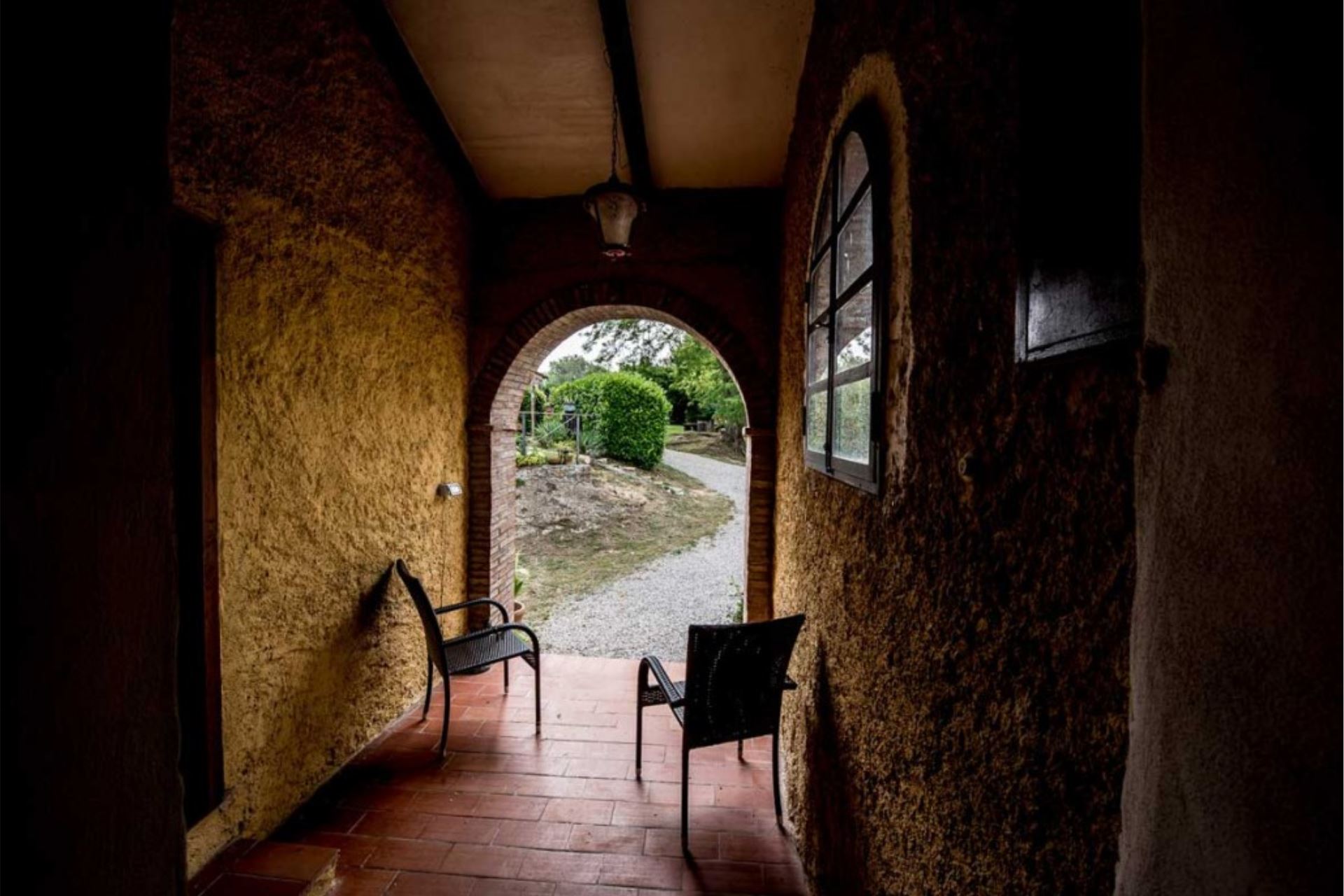 Apartment for 4 persons in a farmhouse, located on a hill 1 km from the small village of Trequanda. Swimming pool and tennis court in common use, Wi-Fi available. 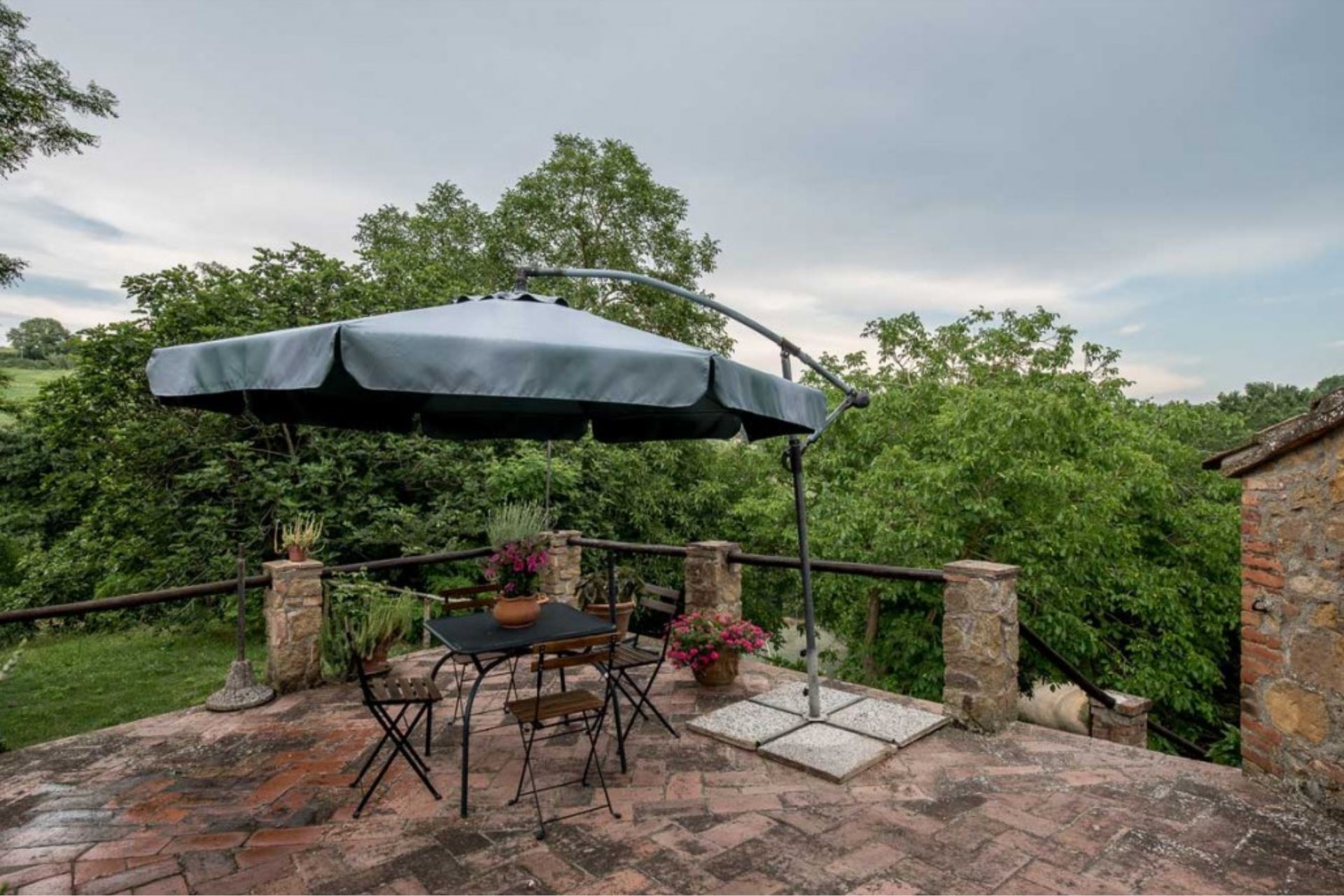 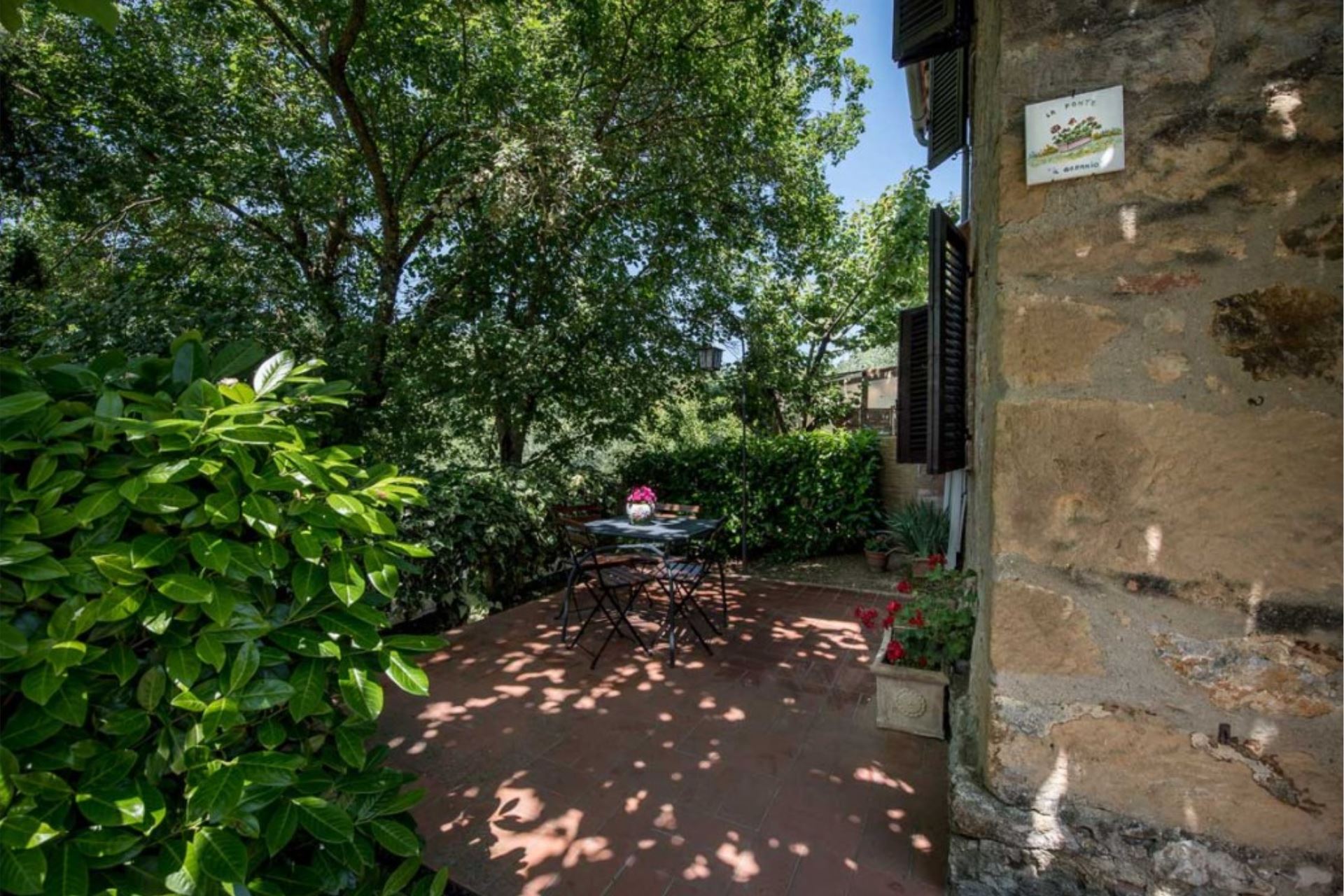 Apartment in an old farmhouse just outside from the village of Trequanda. 2 bedrooms and 2 bathrooms, swimming pool and tennis court in common use. Wi-Fi access available.